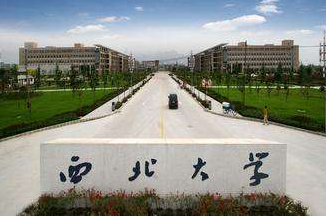 Located in the famous ancient Chinese capital Xi&rsquo;an, Northwest University has three campuses with a total area of 370 acres, and 24 schools and departments offering 69 undergraduate programs.  The original campus is a garden-like setting with pagodas, shade trees and spectacular landscaping for four-season beauty.  It is a short walk to the wall surrounding the city of Xi&rsquo;an, with its walking streets and fascinating mixture of the well-preserved historic sites and modern shopping streets.  The new campus, located a short distance from the city, supports academic programs with the most modern educational facilities and striking architecture.

The university has a faculty and staff of over 2,300 members, including 1,100 full-time faculty and nearly 600 professors and associate professors. The faculty is also distinguished by two academicians and eight part-time academicians of the Chinese Academy of Science, and four honored professors under the auspices of &ldquo;the Cheung Kong Scholars Program.&rdquo; The student population numbers nearly 20,000, and includes 5,000 doctoral and graduate students, and 350 international students.

Since the founding of the People&rsquo;s Republic of China, Northwest University has educated more than 100,000 graduates of different disciplines, and most of them have become the professional, academic and administrative backbone of the nation, fulfilling leading roles in different regions and sectors. The University has been praised as &ldquo;the Mother of Chinese Petroleum Engineering&rdquo;  and &ldquo;the Cradle of Economists.&rdquo;

Northwest University contracts for over 100 research projects of national importance each year, including &ldquo;the 863 Projector&rdquo;, &ldquo;the 973 Project&rdquo;, &ldquo;the Summit-Scaling Project,&rdquo; and the projects of the National Natural Science Foundation and the National Social Science Foundation. Since China&rsquo;s reforms and opening to the outside world in 1978, the faculty has won over 800 awards for research achievements and published over 20,000 academic papers and 1,200 books.

Northwest University gives priority to international exchange and cooperation, and has established collaborative relations with more than 90 institutions of higher learning and research in foreign countries and the regions such as Hong Kong and Taiwan. The exchange and cooperation covering various areas of study have contributed to the rise of the university&rsquo;s academic level and international renown. Northwest University is truly an international university, situated in the historic heart of China, drawing scholars and students from all over the world.

GET IN TOUCH WITH US
Services and Technology are Supported by CISS.org.cn
BACK TO TOP